Purpose of Collection: The European, Russian and Eurasian Studies (EURUS) collection at Carleton Library supports the research activities of faculty, students and staff and the instructional requirements of undergraduate and graduate programs. EURUS is an interdisciplinary area of studies within the Faculty of Public Affairs. As such, the collection also provides support for, and draws from teaching and research in a wide variety of related fields such as Political Science, History, Economics, International Affairs and Literature.

20th and 21st century with some limited interest in the 19th century. 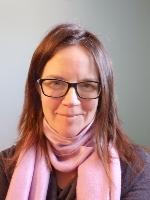