What's scope? Scope refers to the "people, places and things" or "who, what, when and where" that you are studying.

Identify key concepts:
Define and get an overview of your topic or find definitions of key terms and concepts:

Develop a search statement to search databases (including news databases), the catalogue, and other academic sources

A search statement includes a list of keywords, combined using Boolean Operators (AND; OR; NOT)

For example, my topic is to investigate whether or not smartphones have a negative impact on society. My search statement might look something like this:

(smartphone OR "mobile phone" OR "cell phone") AND (societ* OR cultur*)

Remember: if searching in a foreign language newspaper, search terms must be in that language

This guide lists selected sources of alternative perspective on topics and events. For the purposes of this guide "alternative" means that which does not represent society's mainstream or dominant ideology. However, some alternative media sources are widely read and could be considered mainstream. Both progressive and conservative resources are included, as both are arguably excluded from the mainstream media.

News portals​
These sites compile links to news stories from other sources:

Directories of alternative publications and organizations
Use these directories to find alternative news sites and publications by name ( e.g. The Tyee), by type (e.g blog or news weekly), by topic (e.g. health policy or GLBT), or by location published (e.g. Canadian or US publications)

Explore the guide for Fake News and Content Evaluation

Broadcast Transcripts
How a topic was discussed on television/radio broadcasts; great for interviews/panel discussions with experts

The following titles are available online through the Library catalogue:

OMNI - the search box on the library's homepage: searches most databases and other resources simultaneously 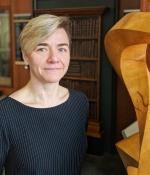