No general method for the solution of questions in the theory of probabilities can be established which does not explicitly recognize, not only the special numerical bases of the science, but also those universal laws of thought which are the basis of all reasoning, and which, whatever they may be as to their essence, are at least mathematical as to their form. -Wikipedia

Boolean operators/joiners AND, OR, NOT

Definition: welfare state, concept of government in which the state or a well-established network of social institutions plays a key role in the protection and promotion of the economic and social well-being of citizens. It is based on the principles of equality of opportunity, equitable distribution of wealth, and public responsibility for those unable to avail themselves of the minimal provisions for a good life. The general term may cover a variety of forms of economic and social organization… The principal problems in the administration of a welfare state are: determining the desirable level of provision of services by the state; ensuring that the system of personal benefits and contributions meets the needs of individuals and families while at the same time offering sufficient incentives for productive work; ensuring efficiency in the operation of state monopolies and bureaucracies; and the equitable provision of resources to finance the services over and above the contributions of direct beneficiaries… welfare state | Britannica

Communism: political and economic doctrine that aims to replace private property and a profit-based economy with public ownership and communal control of at least the major means of production (e.g., mines, mills, and factories) and the natural resources of a society. Communism is thus a form of socialism—a higher and more advanced form, according to its advocates. communism | Definition, History, Varieties, & Facts | Britannica

Conservatism: conservatism, political doctrine that emphasizes the value of traditional institutions and practices. Conservatism is a preference for the historically inherited rather than the abstract and ideal. conservatism | History, Intellectual Foundations, & Examples | Britannica

Liberalism: political doctrine that takes protecting and enhancing the freedom of the individual to be the central problem of politics. Liberals typically believe that government is necessary to protect individuals from being harmed by others, but they also recognize that government itself can pose a threat to liberty. liberalism | Definition, History, & Facts | Britannica

Neoconservatism: variant of the political ideology of conservatism that combines features of traditional conservatism with political individualism and a qualified endorsement of free markets. Neoconservatism arose in the United States in the 1970s among intellectuals who shared a dislike of communism and a disdain for the counterculture of the 1960s, especially its political radicalism and its animus against authority, custom, and tradition. neoconservatism | political philosophy | Britannica

Social democracy: political ideology that originally advocated a peaceful evolutionary transition of society from capitalism to socialism using established political processes. In the second half of the 20th century, there emerged a more moderate version of the doctrine, which generally espoused state regulation, rather than state ownership, of the means of production and extensive social welfare programs. Based on 19th-century socialism and the tenets of Karl Marx and Friedrich Engels, social democracy shares common ideological roots with communism but eschews its militancy and totalitarianism. social democracy | Britannica

Socialism: social and economic doctrine that calls for public rather than private ownership or control of property and natural resources. According to the socialist view, individuals do not live or work in isolation but live in cooperation with one another. Furthermore, everything that people produce is in some sense a social product, and everyone who contributes to the production of a good is entitled to a share in it. Society as a whole, therefore, should own or at least control property for the benefit of all its members. socialism | Definition, History, Types, Examples, & Facts | Britannica 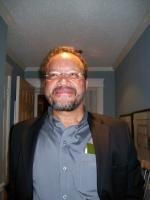