The arts and culture are recognized as important contributors to economic vitality and quality of life. This guide presents resources useful for those in business and public pollicy

Canada Council for the Arts

Usually referred to as the Canada Council, this is a national arm's length agency which fosters the development of the arts in Canada through grants, services, and awards to professional Canadian artists and arts organizations

Canadian Commission for UNESCO acts as a forum for governments and civil society to mobilize the participation of Canadian organizations and committeed individuals in UNESCO's mandated areas: education, natural and social sciences, culture, communication and information.

The Parliament of Canada has a searchable site for Senate and House of Commons debates, committees, reports and proceedings including the House of Commons Standing Committee on Canadian Heritage

Royal Commission on National Development in the Arts, Letters and Science (also known as the Massey Commission)

Report of the Royal Commission on National Development in the Arts, Letters and Science
The Commission made recommendations upon the principles which should govern broadcasting and television policies in Canada, upon federal cultural agencies, establishment of a national library, aid to research, and Canada's relations with UNESCO

Department of Culture and Heritage

Department of Tourism and Culture

An international non-governmental organization that works for the conservation and protection of cultural heritage places which has a Canadian arm: ICOMOS Canada

Canada Council for the Arts

Resources on the arts 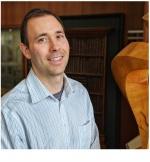