Make bias and positionality central to assessing your sources.

Resources
The following resources can be downloaded and used when evaluating information. 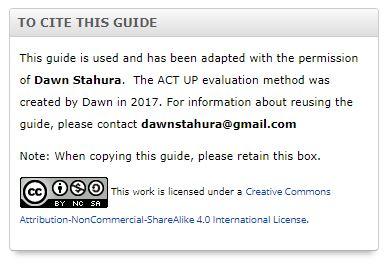