Think tanks are public policy research organizations that provide research, analysis, and advice on domestic and international issues. These organizations employ experts from academia and government who publish a wide range of scholarship including working papers, proceedings from conferences, books, journals and policy briefs. Think tanks may be independent or affiliated with a government entity or political party. Many, but not all, are non-profit organizations.

Think Tanks publications are an excellent source of Grey Literature.

Think tanks are specialized institutions that serve one or more of the following purposes:

Many think tanks have emerged in the U.S., U.K., and Canada, making it difficult to rank or compare them fairly. Several ranking systems make an attempt to do so, including the report from the University of Pennsylvania (below) which tends to be well respected.

Canadian think tanks are internationally respected for their consideration of, and research on, domestic issues. The highest-regarded international affairs think tanks, however, tend to be U.S.- or U.K.-based.

Among Canadian think tanks, the Fraser Institute tends to be libertarian and the Broadbent Institute social democratic, for example. Some think tanks have a history of multiple missions, such as the Frontier Centre for Public Policy which has combined a focus on the advancement of First Nations with a libertarian element.

Think tanks are not-for-profit and electorally non-partisan, although they do tend to have policy, intellectual, or ideological missions. HOWEVER, it is advisable not to restrict research only to think tanks tending toward a certain ideology. A balanced approach, exploring a range of think tanks, is beneficial to gaining a fuller understanding of an issue -- if only to better confirm why you don't agree with a competing point of view.

The following list is limited to organizations that call themselves think tanks. 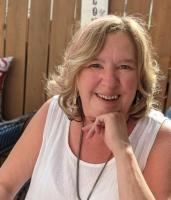