The Founders Award, Carleton’s highest non-academic honour, was inaugurated in June 1996 to recognize and pay tribute to those individuals who have made significant contributions to the advancement of Carleton through their dedication, generosity and commitment to the values of the university. It is awarded annually, when merited, at Spring Convocation.

Margaret Haines, MacOdrum’s past University Librarian, was recently awarded the Founders Award for her many contributions to the Carleton community during her time here and after her retirement. She has continued to make the Library a priority in her retirement and is still a voice for our community and its advancement. 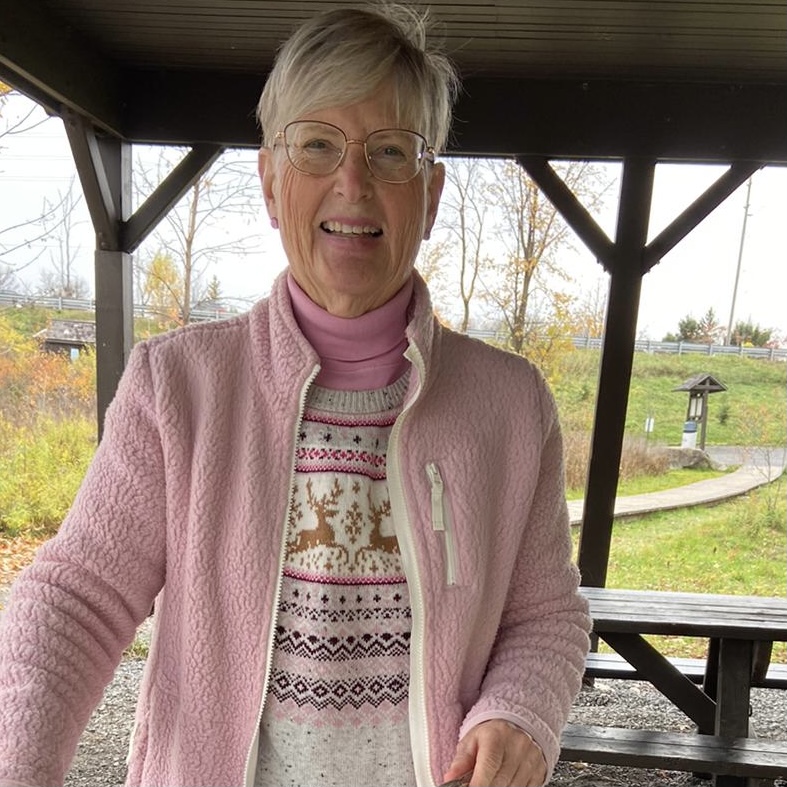 She received word of the award from Carleton University president Benoit-Antoine Bacon, who called to tell her personally. Fitting, given the large collection of work she had contributed to Carleton over the years.

“Carleton has been a big part of my life, first as a student and then back as staff and now as a retiree," says Margaret. "It has been really important to me and I feel a huge sense of loyalty and love to the community for all it’s done for me. This is the reason I really enjoy giving back in the ways that I do and part of the responsibility I feel towards Carleton.”

Margaret looks at her contributions as a reminder of how important the people of this community have been to her own development as well.

“During my time here, I learned a lot about how much people at Carleton help one another and how things work. I didn’t come with an exstenive academic background but several senior women administrators here gave me great advice and support and this helped me a lot.

I was here for some really big projects like FIPPA work and the very large renovations that took place in the Library, and the introduction of copyright, scholarly communications and research data management support services. These were really challenging projects that contributed to an overall excellent experience at Carleton.”

“One thing I really loved during my entire career was that I had young staff whom I could mentor and in whom I could take pride while watching them grow and move on to do really wonderful things. This doesn’t happen everywhere and I’m so glad to have been a part of this staff development culture at Carleton. It is all part of what Carleton's legacy means and another thing I am so grateful for from my time here. This place has done a lot for me and I owe them some reciprocation.”

While the pandemic has delayed the formal presentation of the award, it will likely take place at the next in person convocation along with the next recipient, and we’re lucky to have had Margaret as part of our team for so long.