The United States has three branches of government: the Executive, the Legislative and the Judicial. The U.S. Constitution lays out the responsibility of each branch of government: Article 1 (Legislative), Article 2 (Executive), and Article 3 (Judicial). This organizational structure is key to understanding and finding federal government information. 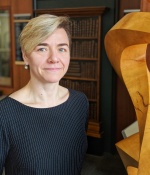